Elvis O. Ebikade is a fifth-year doctoral student studying chemical engineering under the advisement of Dion Vlachos, director of the Delaware Energy Institute. Ebikade earned his bachelor’s degree in chemical engineering from the University of Lagos in Nigeria. An undergraduate mentor and fellow of the Delaware Environmental Institute, Ebikade is eager to use his catalysis research to help solve global environmental challenges. He is co-founder of Lignolix, a UD-developed startup company focused on sustainably making materials from renewable biomass, such as lignin, a major component of trees and pulp and paper waste that is typically thrown away. The startup recently earned funding to scale their work at Delaware Innovation Space, a public-private partnership between UD, DuPont and the state of Delaware.

Elvis O. Ebikade is a fifth-year doctoral student studying chemical engineering under the advisement of Dion Vlachos, director of the Delaware Energy Institute. Ebikade earned his bachelor’s degree in chemical engineering from the University of Lagos in Nigeria. An undergraduate mentor and fellow of the Delaware Environmental Institute, Ebikade is eager to use his catalysis research to help solve global environmental challenges. He is co-founder of Lignolix, a UD-developed startup company focused on sustainably making materials from renewable biomass, such as lignin, a major component of trees and pulp and paper waste that is typically thrown away. The startup recently earned funding to scale their work at Delaware Innovation Space, a public-private partnership between UD, DuPont and the state of Delaware.

Changing the world, one food waste at a time

Leveraging science developed at the University of Delaware’s Catalysis Center for Energy Innovation (CCEI), Elvis Ebikade is exploring ways to convert potato peels into valuable chemicals and fuels. He thinks this can contribute to environmentally friendly alternatives to materials derived from petroleum, while also diverting food waste from landfills.

Globally, 1.3 billion tons of food — about 30 percent of what is produced — is wasted annually, according to the United Nations’ Food and Agriculture Organization. This number is expected to surge higher as global population increases.

Growing up in Lagos, Nigeria, Ebikade was intimately aware of food waste. Roughly one-fifth the size of Delaware, Lagos has a population similar to that of New York, around 20 million people. With that many people in so few square miles, seeing trash piled high on the street was not unusual.

“Seeing waste, food and the struggles people had … it is a reality I knew all too well,” he said.

At UD, Ebikade met Dion Vlachos, a leader in renewable energy research and catalysis — the acceleration of chemical reactions using catalysts. Vlachos, the Allan and Myra Ferguson Chair of Chemical Engineering and director of the Delaware Energy Institute, introduced Ebikade to the potential to turn food waste with zero value into valuable products. It was a conversation that hit home and sparked a fire in Ebikade, now a member of the Vlachos research group. 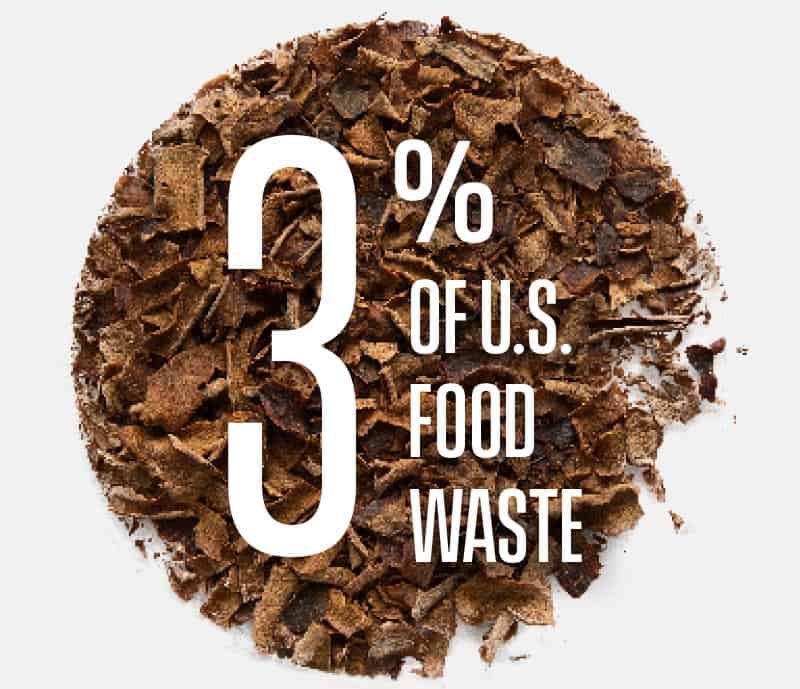 or two to six million tons of potato peels are produced nationwide each year, Ebikade estimates.

Potatoes are the most consumed vegetable in the United States, according to the U.S. Department of Agriculture. The peels, however, are a waste product currently used as animal feed or found in landfills, where they contribute to greenhouse gas emissions. Ebikade estimates that two to six million tons of potato peels are produced nationwide each year, accounting for 3% of total U.S. food waste. That is a rich, sustainable supply that could help power a circular economy, where resources are regenerated rather than discarded.

Ebikade, with collaborators, completed an economic analysis that demonstrated that potato-peel waste had the potential to generate about $6,000 per ton in revenue if the peels’ three main components were upgraded into new biobased products.

Potato peels are mainly comprised of three compounds, known as extractives; carbohydrates, or sugars; and lignin, a difficult to break down solid found in biomass. Ebikade and his collaborators have developed a multi-step method to convert these components of potato peels into higher-value products.

Extractives, for example, can be used as precursors to greener chemicals. Their antioxidant properties also make extractives from potato peels attractive as antioxidants in dietary supplements — move over grapeseed oil and green tea extract.

The carbohydrates found in potato peels can be transformed into the chemical hydroxymethylfurfural (HMF). HMF is considered a top-10 biobased platform chemical by the Department of Energy for its wide-ranging utility as an additive to produce biobased fuels and other chemicals. When those two components are gone, what’s left is a residue called lignin, which can be turned into biochar for batteries, water purification systems and more.

“Some of our research has shown that biochar created from lignin residue from potato peels can absorb agricultural pesticides found in contaminated water,” said Ebikade. “But the real driver of the revenue is extractives, because they have a huge market in pharmaceuticals.”

What is the "Most Consumed Vegetable"

Already Ebikade’s work has led to a provisional patent on the technique to transform zero-value food waste into valuable bioproducts. UD’s Office of Economic Innovation and Partnerships is exploring ways to license the technology.

One suitable target market for the technique may be the struggling biorefinery sector. Ebikade explained that while biofuels can be made in high volume, economically speaking their value is relatively low. Through his work, Ebikade believes biorefineries that currently convert biomass to fuels can become even more profitable by leveraging complementary technologies that can transform the leftover waste from these processes. The Vlachos group recently published findings about the work in Sustainable Chemistry and Engineering, a journal of the American Chemical Society.

He is considering what other waste could provide a viable resource and thinking about ways to streamline processes to make their conversion into valuable products modular, smart and scalable. As an example, Ebikade and others recently published a paper in Green Chemistry evaluating the use of agricultural waste residues to produce antibacterials.

“This is where RAPID comes in,” said Ebikade, referring to the UD-directed node of the Rapid Advancement in Process Intensification Deployment (RAPID) Manufacturing Institute led by the American Institute of Chemical Engineers (AIChE). The UD-led RAPID effort focuses on using catalysis and reactors to develop low-cost, energy efficient manufacturing processes and technologies with reduced environmental impacts.

“I’m doing fundamental and applied work at CCEI. But then, through the Delaware Energy Institute, combined with RAPID, we can think about taking technologies into the real world.”

ABOVE: While Vlachos helps Ebikade chart his research course, friends like Natalia Rodriguez-Quiroz, Gerhard Wittreich and Yifan Wang provide important support for his graduate journey. Pre-pandemic photo by Kathy Atkinson
“Gerhard, Natalia and Yifan are like family. We’re doing it together,” said Ebikade. “We celebrate the good times and, when it’s rough, they come to you and hug you and bring you chocolate. It’s great to have this going through grad school because it’s not the easiest of experiences.” 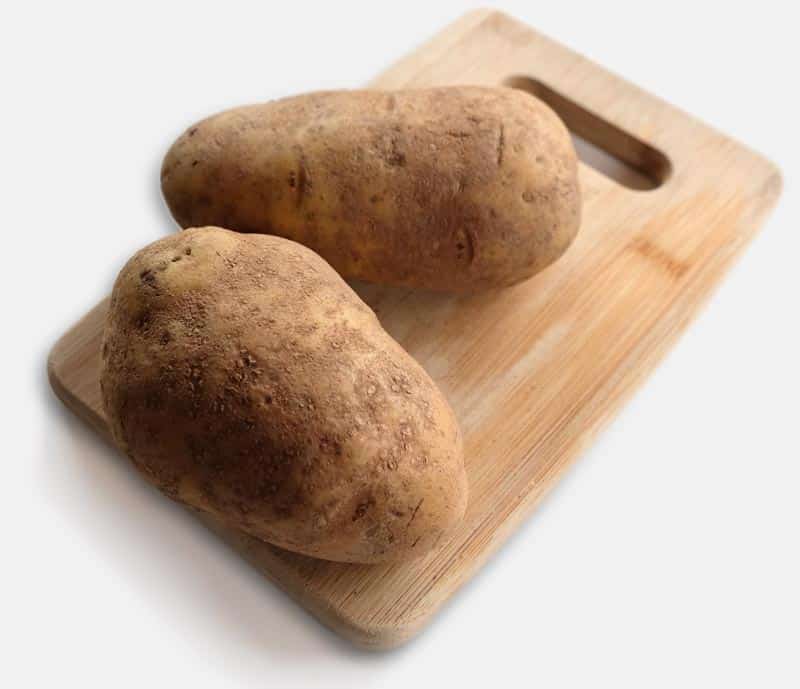 Globally, about 30% of food that is produced annually is wasted. 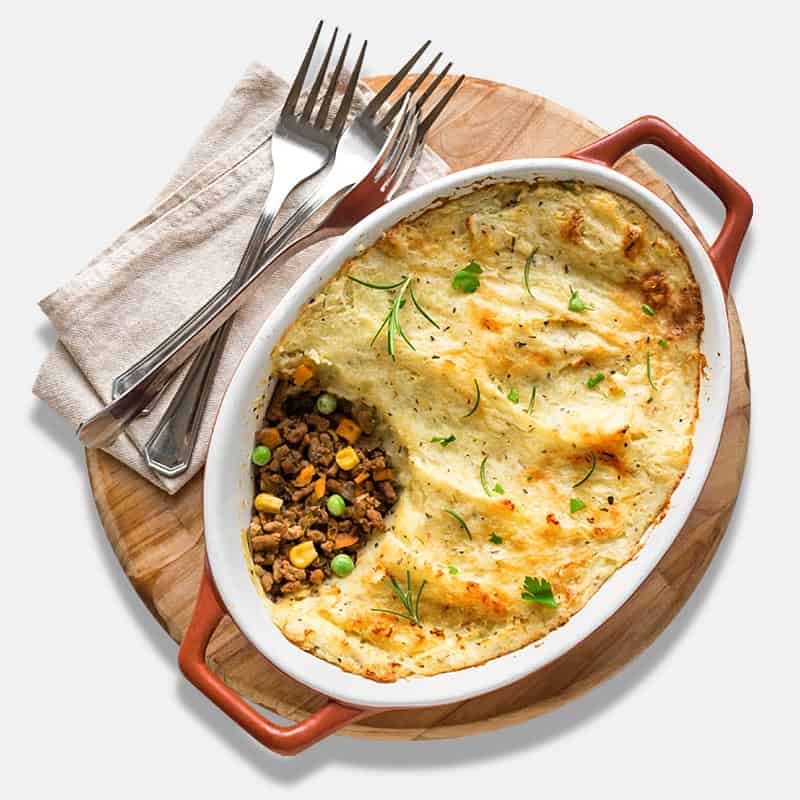 Fun Fact: Ebikade creates his own feedstock to run his experiments, peeling potatoes one 5-pound bag at a time, then drying and grinding up the peels. Prior to social-distancing requirements necessitated by the coronavirus pandemic, Ebikade sometimes passed along the peeled potatoes to fellow doctoral student Gerhard Wittreich. Wittreich likes to cook and was known to transform the potatoes into shepherd’s pie for the research group to share at lunch. Photo courtesy of Depositphoto

Get to know our grad students

This special section of our digital magazine highlights a powerful force behind UD’s research engine.