A buzz is in the air

Panos Artemiadis has been working on “brain-swarm” research that allows humans to control the collective behavior of robotic devices with brainpower alone. This is of keen interest to anyone whose work would benefit from a group of drones, for example, teams doing search and rescue or environmental monitoring.

They’re a busy, versatile lot and their range seems to increase every hour.

But for Panagiotis “Panos” Artemiadis, associate professor of mechanical engineering at the University of Delaware and director of its graduate program in robotics, the work of robotics has one purpose: Make life and work better for their human creators.

“Everything I do should have that human component,” he said.

And it does. Artemiadis’ work is on the front edge of robotics research as he and his students develop devices that interact with and collaborate with humans in physical and cognitive ways.

ABOVE: Panos Artemiadis and students in his Human-Oriented Robotics and Control Lab are working to develop and control swarms of robots that interact with humans. Photo by Evan Krape 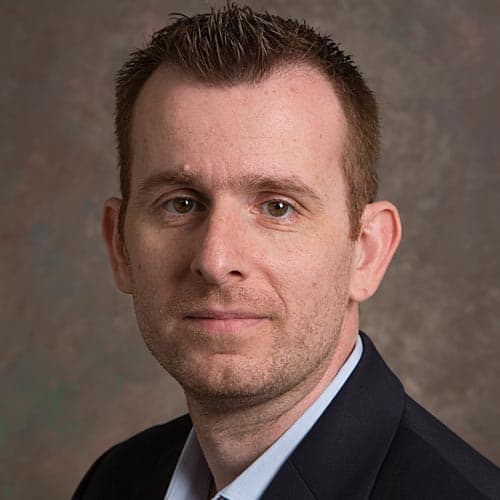 Panos Artemiadis came to UD’s faculty by way of Athens, Greece, MIT and Arizona State. He sees UD — with its top-ranked Department of Physical Therapy and strong Department of Biomedical Engineering — as a superb place to extend the impact of his Human-Oriented Robotics and Control (HORC) Lab, a practical proving ground for devices that could produce real advances for patients and clinicians. He hopes to start recruiting patients later this year. 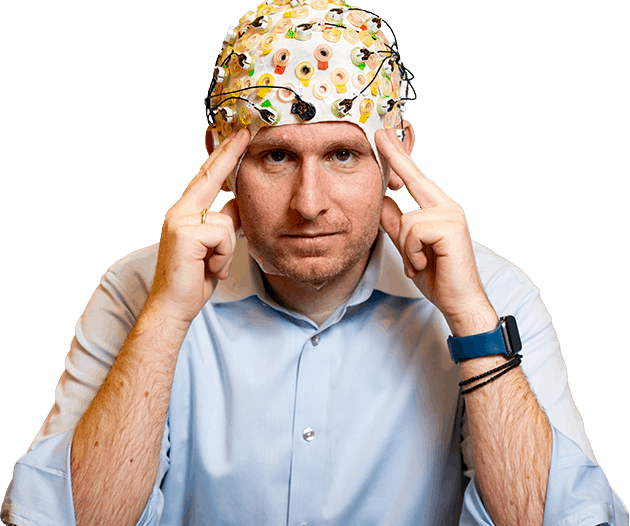 He was on the organizing committee for two workshops at the 2020 International Conference on Robotics and Automation in Paris in late May. One was on human-swarm interaction and the other was on dynamic lower-limb prostheses.

Artemiadis has been working on “brain-swarm” research that allows humans to control the collective behavior of robotic devices with brainpower alone. This is of keen interest to anyone whose work would benefit from a group of drones, for example, teams doing search and rescue or environmental monitoring.

He also has been working on active robotic prostheses. One of his projects now is developing and testing a prosthetic ankle-foot device that flexes and adjusts to varying terrain, such as sand or grass, as the human ankle does naturally. That requires a deep understanding of how the ankle works and how the brain perceives the environment, makes decisions in milliseconds and controls muscle motion.

“I want to learn how humans do it so I can make better robots,” he said. “My goal is to be sure we use that technology and these control methods for improving the quality of life and work.”

To train machines to work effectively with humans and their muscles, he studies brain activity, electrical activity in muscles and all sorts of biomechanics. The goal is to decode all of that information in ways that are meaningful to robotic devices so that the motion they enable is smooth and coordinated.

For example, a “brain cap” — a sensor-laden device that looks like a shower cap, except that it has dozens of wires coming out of it – uses only the electrical signals from the brain to control the robotics it communicates with.

Devices with that kind of savvy also will make useful contributions to other tools — both therapeutic and assistive — such as exoskeletons, orthotics and rehabilitative robots.

In addition to these projects, Artemiadis is working to understand the rehabilitative needs of stroke patients to develop devices and methods that can help them with their recovery efforts.

“Robot-assisted stroke rehabilitation has direct impact,” he said. “That first month after a stroke is very important.”

These are significant endeavors that have yet to be tested by those who would benefit most from them — patients.

And that is exactly why Artemiadis came to join UD’s faculty — by way of Athens, Greece, MIT and Arizona State. He sees UD — with its top-ranked Department of Physical Therapy and strong Department of Biomedical Engineering — as a superb place to extend the impact of his Human-Oriented Robotics and Control (HORC) Lab, a practical proving ground for devices that could produce real advances for patients and clinicians. He hopes to start recruiting patients later this year.

Artemiadis, whose twin brother, Artemios, is a neurologist in Greece, arrived at UD in August 2019 and is still developing his UD work space. He has an area in Spencer Lab, where his robot teams — aerial quadrotors and ground-based robots — are standing by. He and his students teach them how to work together, cooperating to overcome obstacles, for example, without further human involvement. He had a 10,000-square-foot arena for that work while he was at Arizona State. At UD’s STAR Campus, he shares space with Prof. Jill Higginson, an expert in neuromuscular biomechanics who often collaborates with investigators who use rehabilitation robotics.

His work is of interest to NASA and the Department of Defense and much of it has potential application for agriculture and other industries. He has drawn extensive support from the National Science Foundation, and as he moves into clinical research with patients, he believes the National Institutes of Health will find much of interest, too.

“We have the devices and the methods and we have had time to test them,” he said. “Now we want to make the next step.” 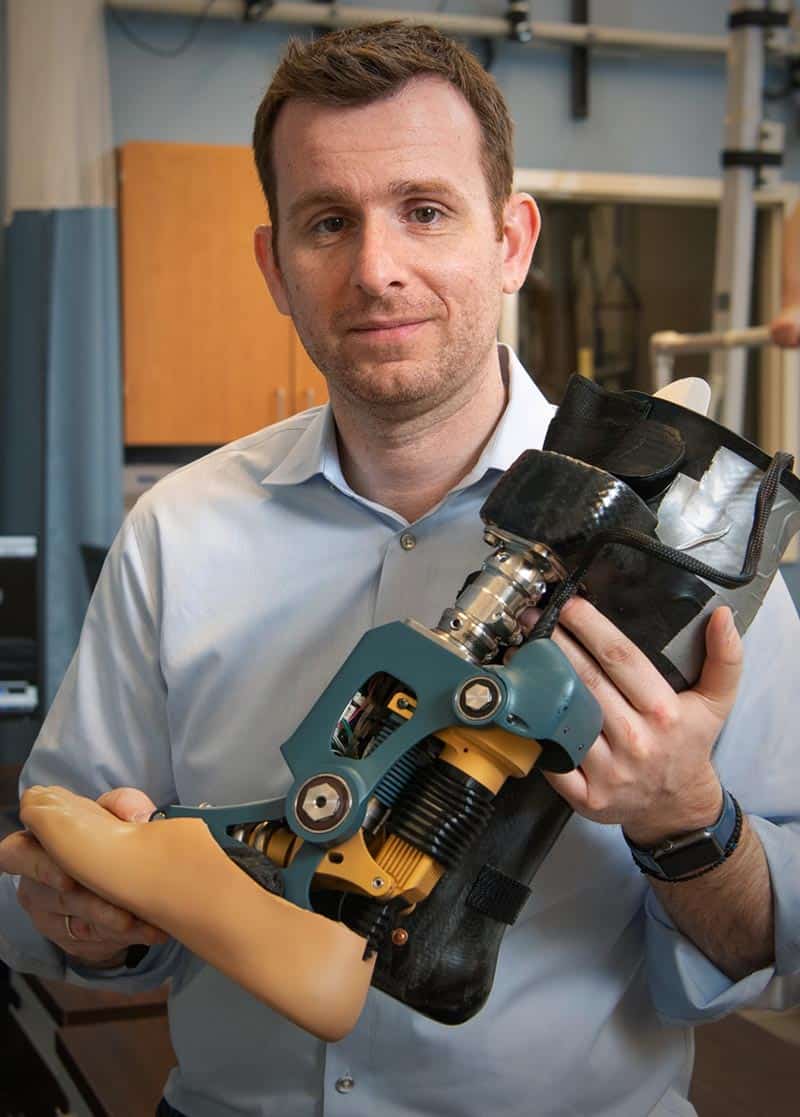 “I want to learn how humans do it, so I can make better robots. My goal is to be sure we use that technology and these control methods for improving the quality of life and work.”