Pablo McConnie-Saad is a doctoral student in urban affairs and public policy and the first Whittington Fellow at the Biden Institute at the University of Delaware. He is looking deeply into democracy in the U.S. to better understand how to strengthen it, inspired in part by his experience in the Congo. He previously received his master of public administration degree at the Joseph R. Biden, Jr. School of Public Policy and Administration.

Pablo McConnie-Saad is a doctoral student in urban affairs and public policy and the first Whittington Fellow at the Biden Institute at UD. He is looking deeply into democracy in the U.S., to better understand the process and how to strengthen it, inspired in part by his international experience in the Congo. He previously received his master’s of public administration degree from the Joseph R. Biden, Jr. School of Public Policy and Administration.

Strengthening democracy
for a better world

Reading Joseph Conrad’s Heart of Darkness, set in the Congo in the 1890s, left an indelible impression on Pablo McConnie-Saad when he was in high school. The story, which exposed the horrors of Belgium’s colonial rule over the Congolese — who were forced into labor for the ivory and rubber trade — ignited his interest in politics and set him on a journey to better understand democracy.

“I’ve always loved literature,” said McConnie-Saad, a doctoral student in urban affairs and public policy at UD. “History books will only tell you factual information, but literature paints in the mentality and imagination of the people. This book made me want to know more.”

He would learn a great deal about the Congo and U.S. policy as a Mellon Mays Undergraduate Fellow at Oberlin College. After graduating, he worked in San Francisco with the nonprofit Responsible Sourcing Network (RSN) to help bring stakeholders together over trade in the Congo’s abundant minerals — tin, tungsten, tantalum and gold — which has fueled ongoing conflict. The U.S. passed the landmark Dodd-Frank Wall Street Reform and Consumer Protection Act in 2010, which included a conflict mineral section requiring companies to show they are working diligently to ensure they are not funding armed groups or human rights abuses in the Congo region. With RSN, McConnie-Saad would help draft policy recommendations that went to the European Commission to create complementary legislation.

Then in 2014, he worked for a Congo-based firm involved in a not-for-profit festival that took place simultaneously in Africa and America to celebrate the 40th anniversary of the “Rumble in the Jungle” boxing match between Muhammad Ali and George Foreman. A goal was to help present the Congo through a more positive lens on the world stage, while also introducing a new generation to Ali’s principles of confidence, conviction, dedication, giving, respect and spirituality.

Still today, however, more than 100 armed groups are active, mostly in the eastern region of the Democratic Republic of the Congo, a nation nearly one-quarter the geographic size of the United States. 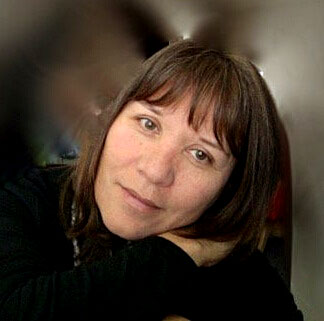 As a teaching assistant for the Biden Institute’s one-credit practitioner class in environmental policy, Pablo McConnie-Saad has gotten to meet William Michael McCabe, former deputy administrator of the EPA, and more recently UD alumna Cecilia Martinez (above), executive director of the Center for Earth, Energy and Democracy (CEED), who has been named one of the 100 most influential people of 2020 by Time magazine.

Faculty, staff, students and alumni at the Biden Institute pursue nonpartisan research to inform effective pol​icy and administration. As a nonpartisan convener, the institute brings leaders from different disciplines together, providing students with access to prominent policymakers.

“I’ve met President-elect Joe Biden and his sister, Valerie Biden Owens — who are both hugely important to American politics; Michael Nutter, former mayor of Philadelphia; Sally Yates, former Acting U.S. Attorney General; Samantha Power, former U.S. Ambassador to the United Nations, and during quarantine I’ve had the chance to be on a Zoom with former Secretary of State Colin Powell and more recently political strategist Ana Navarro, to name only a few.”

A bird’s eye view into policymaking

From studying the Congo, McConnie-Saad began thinking about problems of democracy in the U.S., from forgotten rural areas to voter apathy, and wanted to further his skills and knowledge. He looked into UD’s Master of Public Administration program and was impressed by the fact that he could work on his professional degree at a strong research institution and have access to real policymakers.

Through the competitive Legislative Fellows Program available to students in higher education in Delaware, McConnie-Saad was selected to serve as primary staffer for the House Revenue and Finance Committee and the Economic, Development, Banking, Insurance and Commerce Committee. It gave him the opportunity to research a broad array of topics, from state gun policies to the U.S. Department of Transportation grant that has funded construction of the new train station in Newark.

“This is a small state with a big research university, so you get the chance to really witness the benefits of the work you’ve done,” he said.

And many more opportunities lie ahead.

McConnie-Saad is now a doctoral student in urban affairs and public policy at UD, and the first Whittington Graduate Fellow at the Biden Institute. U.S. President-elect Joe Biden, a UD alumnus, is founding chair of this nonpartisan research and policy center, which was established in 2017, and is rooted in two guiding principles the president-elect has long embraced: economic opportunity and social justice. The institute is exploring such issues as economic opportunity for the middle class, income inequality, violence against women, civil rights and LGBTQ rights, civil liberties and criminal justice reform, health care reform, environmental sustainability, the state of our democracy and politics, and political reform.

“Democratic institutions and economic development go hand in hand, which is what I’m delving into in my research,” McConnie-Saad said.

“This can tell a story of how our democracy functions,” he said of the data-intensive project. “I want to truly understand what the process of democracy is. The thing that most people associate, and is most tangible to democracy, is the ballot box. If you have the ability to vote and you understand your condition, then it’s likely that you would vote to improve your condition.”

Complementing his dissertation studies is his graduate fellowship at the Biden Institute, which focuses on a critical question: How do you strengthen a democracy?

“Growth in inequality points to a diminished middle class,” McConnie-Saad said. “It’s easy to slip out of a democracy and into authoritarianism. We can’t take our democracy for granted, but it’s very easy to do that when it’s almost invisible. And in the U.S. we’ve never not had it. There’s no understanding of what America is without it.”

Having grown up in Philadelphia and Puerto Rico in a close-knit family, having lived on the West Coast and traveled to the Congo and elsewhere internationally, McConnie-Saad has already had lots of rich experiences in his young life and more are developing every day. They all harken back to a common motivation.

“It’s wired into me,” he said. “You do what you can for the community in which you live. You try to make a better world.” 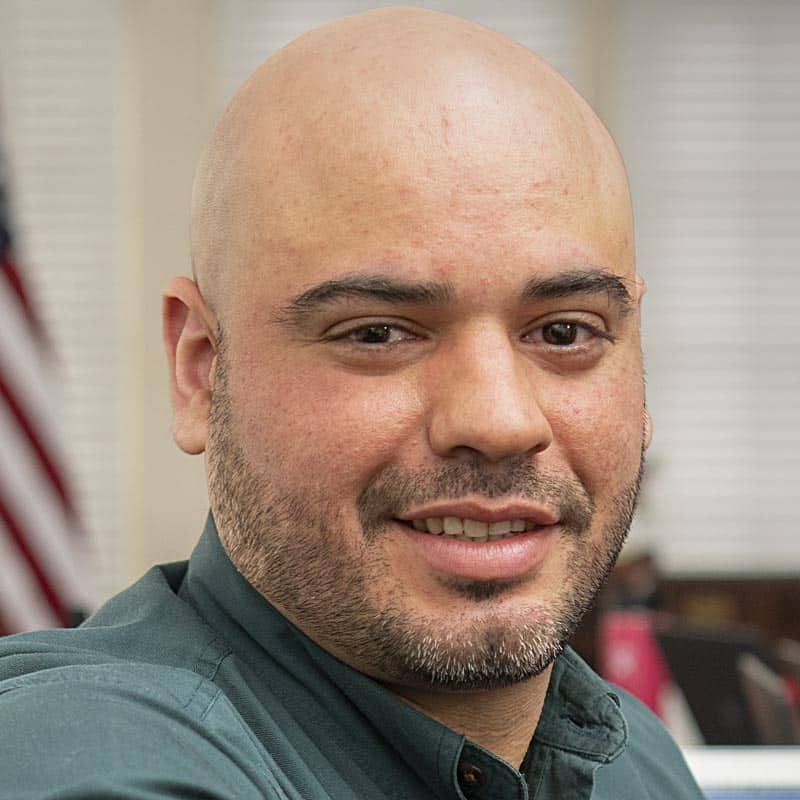 Favorite things when you need a study break?

“It’s wired into me. You do what you can for the community in which you live. You try to make a better world.”

Get to know our grad students

This special section of our digital magazine highlights a powerful force behind UD’s research engine.