This event is free snd will be hosted both in-person and virtually. Registration is required.

Register for virtual and/or in-person event 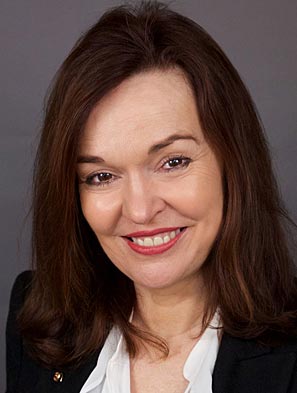 Dr. Lee’s Professor of Chemistry
Director of the Kavli Institute for Nanoscience Discovery at Oxford

For more than a century, mass spectrometry has been an important analytical technique that separates and measures the molecular components in a chemical sample. Carol Robinson is one of the early visionary scientists who realized that this same technique could be adapted to study a range of biomolecules to yield invaluable information on their structure, function, and interactions. Her subsequent career has been devoted to developing and refining mass spectrometry methods to investigate proteins and their complexes. Today, Carol Robinson’s name is synonymous with research into mass spectrometry of proteins and their complexes and her work has wide-reaching application in fields from protein structure and function to drug design and discovery.

Robinson will be the guest speaker at the University of Delaware’s 2022 Edward G. Jefferson Life Sciences Lecture on Monday, May 2, from 3 to 4:15 p.m. This keynote lecture is part of a symposium that will be held in person and virtually by zoom. It is sponsored by the University of Delaware and the Franklin Institute. A Q&A will follow the presentation. All are welcome! 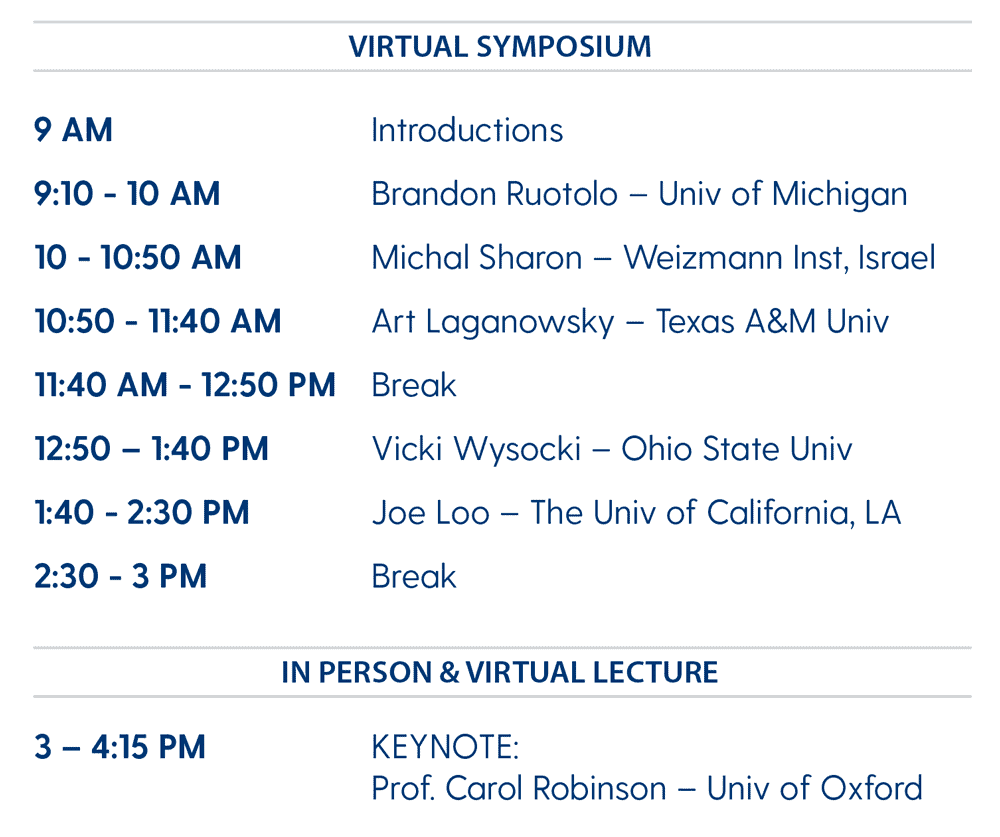 British chemist Carol Robinson holds the University Chair of Dr. Lee’s Professor of Chemistry at Oxford University, where she also is the first director of the Kavli Institute for Nanoscience Discovery. She is recognized for establishing mass spectrometry as a viable technology to study the structure, function and interactions of proteins and their complexes. Her collaborations span both academic and industrial laboratories and in 2016, her spin-out company, OMass Technologies, was founded. Now trading as OMass Therapeutics the company uses high-definition native mass spectrometry to develop drug therapies for use in immunologic and genetic disorders.

Robinson graduated from the Royal Society of Chemistry in 1979 and completed her Ph.D. at the University of Cambridge. She took a career break of eight years to bring up her children and later became the first female professor of chemistry at the University of Cambridge (2001-2009). She has held the Dr. Lee’s Chair in Chemistry at Oxford since 2009 and is Oxford’s first female professor of chemistry.

Her research has attracted numerous international awards and distinctions. Her most recent awards include the 2022 Benjamin Franklin Medal in Chemistry, the 2022 Louis Jeantet Prize for Medicine, the European Chemistry Gold Medal from the European Chemistry Society (EuChemS), the Othmer Gold Medal from the Science History Institute, the Academy Prize from the Royal Academy of Belgium and the Royal Medal A from the Royal Society. Her distinctions include international honorary member of the American Academy of Arts and Sciences (2021), foreign associate of the U.S. National Academy of Sciences (2017), and Dame Commander of the Order of the British Empire (DBE) in 2013 for her contributions to science and industry. She is also a former president of the Royal Society of Chemistry.