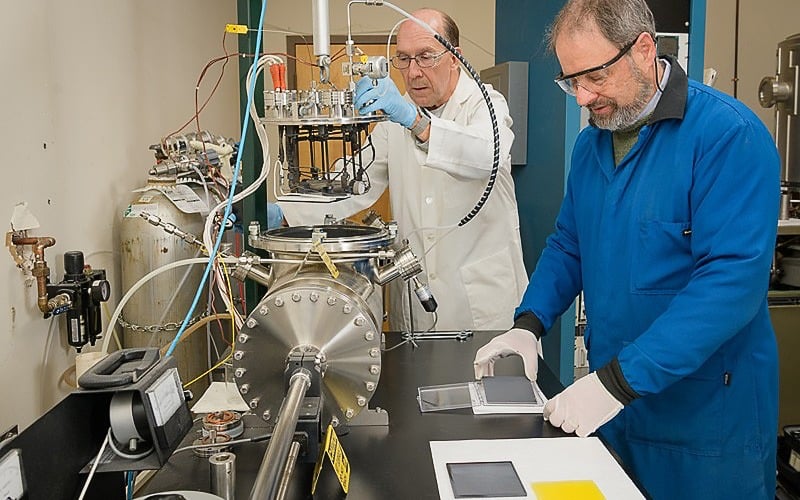 ABOVE: IEC researchers Wayne Buchanan (left) and Brian McCandless (right) prepare to load the vapor transport deposition system for a doped cadmium telluride film run. Buchanan is raising the source head out of the main chamber and McCandless is examining the previous film deposition (gray plate) and preparing to place the nanocrystalline film-coated glass substrate onto the graphite susceptor. | Photo by Evan Krape

Stop for a moment and imagine an efficient highway system. No need to jockey for position, no choke-point merging from three lanes into one, no long idles at ill-timed traffic lights, no rolling roadblocks as the motorist ahead of you prepares for a turn that is still five miles away. Regardless of the number of cars, you would know what smooth sailing looks and feels like.

That’s the life solid-state researchers want for electrons as they work to capture the sun’s extraordinary energy and convert it into electricity.

If it was an easy fix – all of that capturing and converting – scientist Brian McCandless could be spending more time with his bagpipes.

But he and many other researchers have been chipping away at the challenge of improving the electron traffic in solar cells for decades. McCandless, of the University of Delaware’s Institute of Energy Conversion, has focused especially on the conversion efficiency and cost of thin-film photovoltaics, which offer competitive pricing for solar power generation.

Now, McCandless and his collaborators at the National Renewable Energy Lab in Golden, Colorado, have made significant inroads, with McCandless’ UD-patented invention that has a Star Trek-like name – a Vapor Transport Deposition System – and NREL’s larger-scale verification of its abilities. 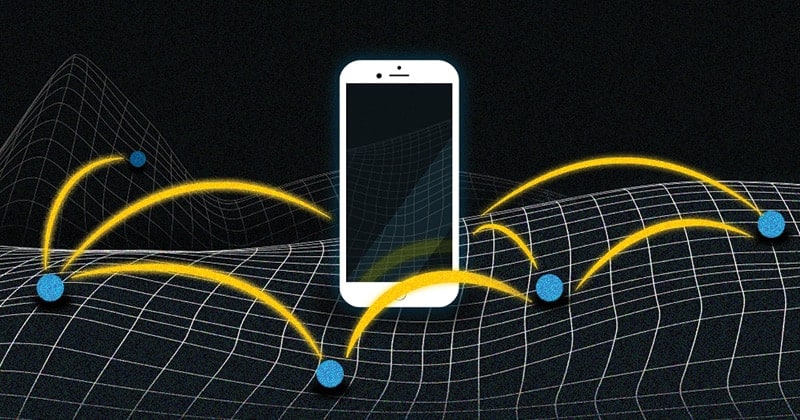 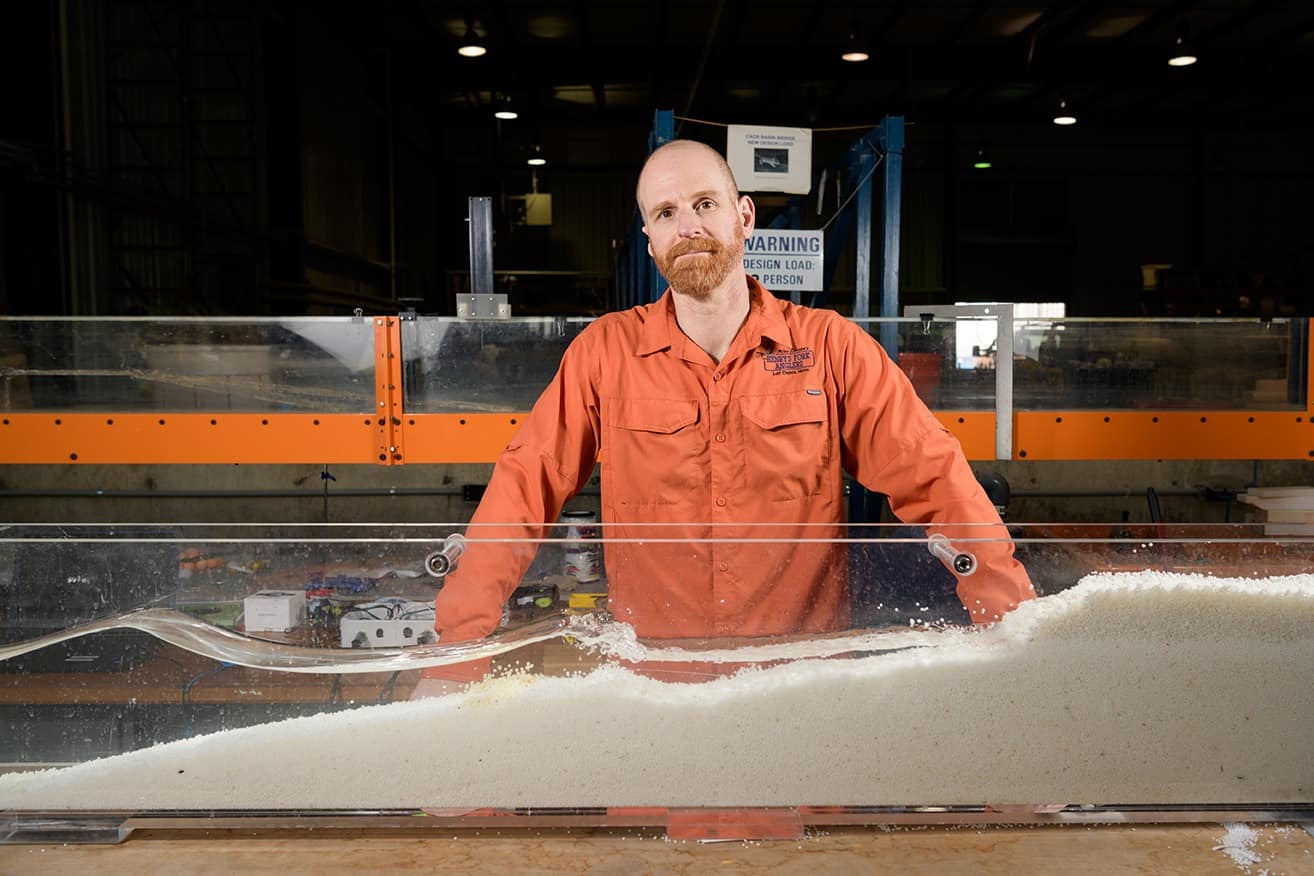 With demand for coastal engineers rising, UD professor brings the coast to classrooms 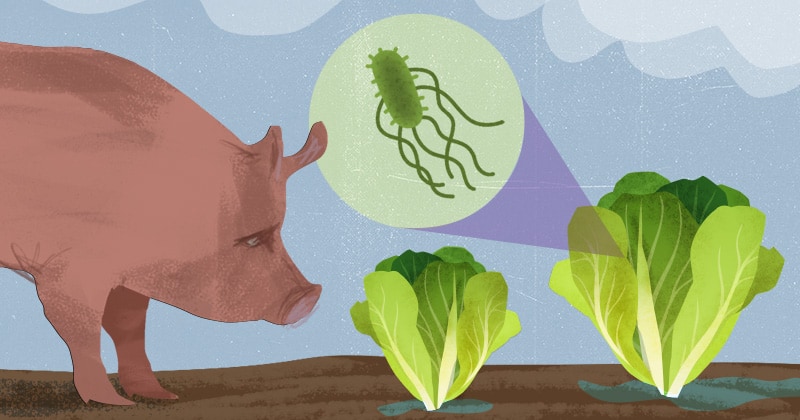