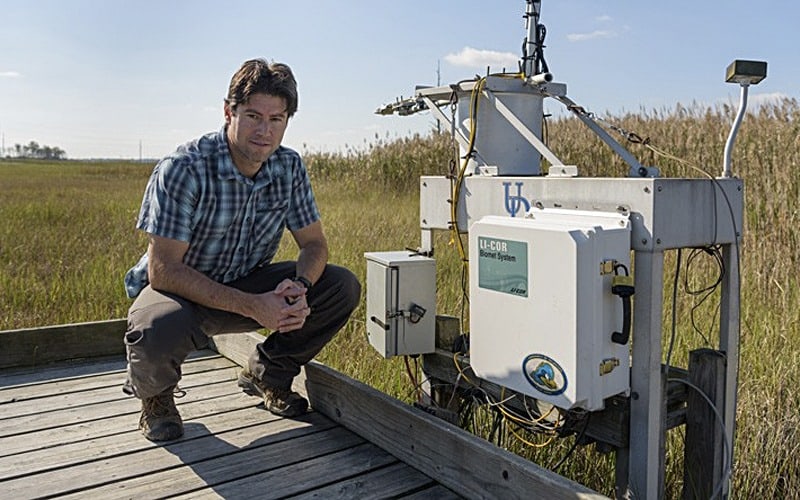 ABOVE: UD Associate Professor Rodrigo Vargas, seen here at the St. Jones Reserve in Delaware, has worked extensively on research related to the carbon cycle. | Photos by Evan Krape

University of Delaware associate professor Rodrigo Vargas and more than 200 experts from the United States, Canada and Mexico recently unveiled Second State of the Carbon Cycle Report (SOCCR2), a state-of-the-art assessment of carbon cycle science across North America and its connection with climate and society.

Carbon is essential to the molecular makeup of all living things on Earth, playing a pivotal role in regulating global climate. Commissioned by the U.S. Global Change Research Program, the 878-page report applies to climate and carbon research as well as management practices on our continent and around the world.

This study is the second of its kind, building off of the 2007 First State of the Carbon Cycle Report (SOCCR). From an overview of the carbon cycle to consequences and ways forward, SOCCR2 analyzes the carbon cycle from 2004 to 2013.

“Moving to SOCCR2, we have much more information on both carbon dioxide and methane compared to when the first study was released [in 2007],” Vargas said.

The most recent report is broken down into 19 chapters. Vargas was recruited to co-lead a critical chapter — The North American Carbon Budget — with his research collaborator Daniel Hayes, assistant professor at the University of Maine. The pair was already working on a U.S. Department of Agriculture grant focusing on carbon dynamics across North America, so this new effort was a natural research step. In collaboration with other nine scientists, they synthesized findings of the atmosphere, land, inland waters and coastal ocean (chapters 8 to 16). 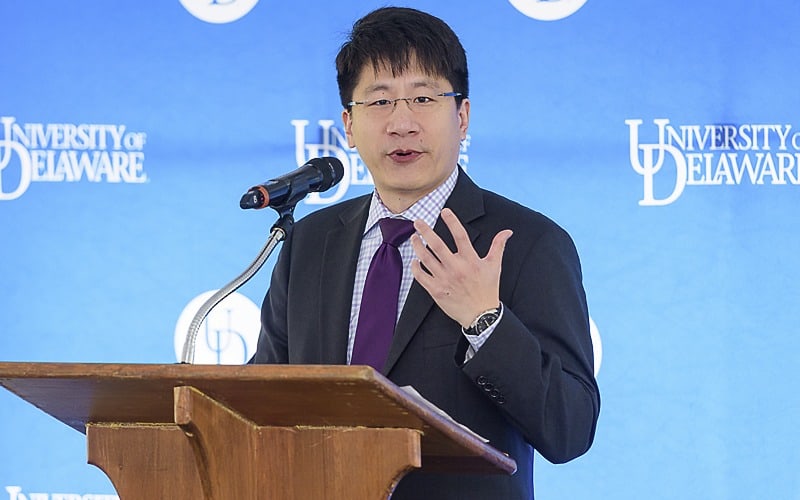 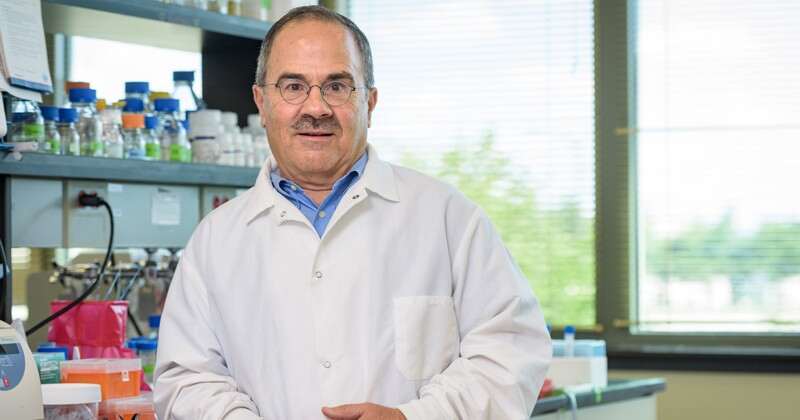