Daniel Charytonowicz is UD’s first Gates Cambridge Scholar. Awardees are described as “the most academically brilliant and socially committed young people in the U.S.“

Communications Specialist,
UD College of Engineering
Daniel Charytonowicz is preparing to bring change to health care. Leader of UD’s winning Hen Hatch team that created Chroma, a device to deter the theft of liquid narcotics in hospitals, he has big plans. Next stop: England, as UD’s first Gates Cambridge Scholar.

Charytonowicz locked up admission to medical school when he was just a sophomore through the FlexMed Early Assurance program in the Icahn School of Medicine at Mount Sinai. That left him free to pursue his studies unencumbered by traditional pre-medical requirements and admissions exams.

That freedom allowed the University of Delaware Honors Program student to create a mobile app—uMash Collage Generator—that has more than 300,000 users; launch an annual computer science initiative, TechDay, at his high school on Long Island; compete on UD’s cross-country and track and field club teams; and conduct research on topics ranging from cognitive psychology to systems biology.

Now Charytonowicz, who graduated from UD this past spring with a major in biomedical engineering and a minor in computer science, will postpone medical school for a year to gain additional experience through one of the top international scholarships in the world. He is the first Blue Hen to be selected as a Gates Cambridge Scholar.

The Gates Cambridge Scholarship was established at the University of Cambridge by the Bill and Melinda Gates Foundation in 2000. The 35 recipients this year, selected from more than 800 applicants, are described as “the most academically brilliant and socially committed young people in the U.S.”

Charytonowicz, from Wantagh, New York, will spend the 2016–17 academic year studying for a master’s degree in the bioscience enterprise program at Cambridge. It will provide what he sees as a valuable and critical link between engineering and medicine.

“At Cambridge, I hope to gain a better understanding of how to translate research into the devices and treatments that will best meet patients’ needs,” he says. “I really want to bring change to health care.”

Charytonowicz sees technology merging into medicine, enabling personalized medicine, as well as the development of new ways for patients to connect with medical professionals.

“Everything revolves around patient need,” he says. “With that at the core, we have to ask, ‘What are the solutions, are they affordable, does the technology exist to solve the problem, and how do we get it to market?’”

But most of all, Charytonowicz, who attended UD as a Unidel Eugene du Pont Memorial Scholar and also was recognized as a Goldwater Scholar in 2014, knows that the year in Cambridge will bring new people into his life and provide him with new perspectives.

Dawn Elliott, professor and chair of biomedical engineering at UD, foresees for Charytonowicz “a successful career that impacts global health and well-being.”

“His combined interests and education in biomedical engineering, computer science, neuroscience, medicine and entrepreneurship will uniquely position him for his career goals,” she says. “His various experiences, including the upcoming year at Cambridge, will prepare him to be a practicing physician who also works as a medical consultant and investor in biomedical-based ventures, specializing in computer software technologies with health care applications.”

Charytonowicz plans to earn both M.D. and Ph.D. degrees after his year at Cambridge. Director for Research Communications , UD Office of Communications and Marketing
Yan Jin did not start out wanting to be a soil physicist. She didn’t know the field even existed as a child, and many people today don’t know much about it.

But her work, which ferrets out how contaminants, including viruses and other microscopic pathogens, travel through soils and groundwater, is critical to safeguarding one of our most basic needs—water.

Jin, a professor in UD’s Department of Plant and Soil Sciences, started her education in soil science at the age of 16, initially as a “misfortune,” she says.

“I wanted to go to Peking University to study chemistry, a top university and a subject I was familiar with. But I messed up the college entrance exam and was so disappointed knowing there was no way I would be accepted there.”

At the last minute, her dad talked her into applying to an agricultural university, to major in soil science.

“My dad said to me, ‘You are going to study soil, the base of everything.’”

And so she did—and thrived—going on to earn her doctorate in the U.S.

This past November, Jin became the first woman to receive the Soil Science Society of America’s Don and Betty Kirkham Soil Physics Award. It recognizes a mid-career soil scientist who has made outstanding contributions to the field. She’s the 18th recipient of the award.

Jin applies her expertise to solving pollution problems. Her studies have led to the invention of a non-chlorine-based technology for removing viruses and other pathogens from water using iron. Patented in the U.S. and Canada, the technology has the potential to be an inexpensive treatment to keep drinking water safe in both developing and developed countries. You might say that curiosity has gotten the best of University of Delaware inventors Norman J. Wagner III and the late Richard F. Heck. And we’ve undoubtedly been the beneficiaries of their scientific sleuthing.

The two were inducted as fellows into the National Academy of Inventors in April. This top professional distinction is accorded to academic inventors who “have demonstrated a prolific spirit of innovation in creating or facilitating outstanding inventions that have made a tangible impact on quality of life, economic development and the welfare of society.” 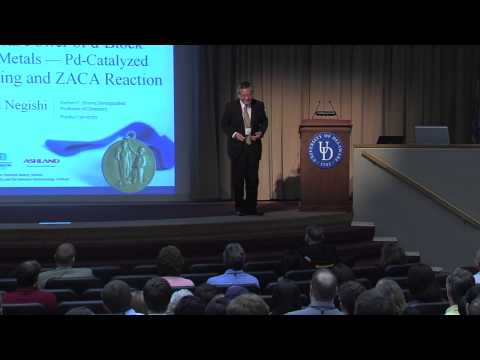 UD Professor Emeritus Richard F. Heck changed science and the world with his discovery of the “Heck reaction.” In 2010, the Nobel Prize Committee recognized his contributions by awarding him the Nobel Prize in Chemistry, along with co-laureates Prof. Ei-ichi Negishi and Prof. Akira Suzuki. This short documentary, “Discovery and Achievement: Richard Heck’s Contribution to Science and the World,” tells the story of how Heck became interested in chemistry and why his discovery is so important.

Wagner, the Unidel Robert L. Pigford Chaired Professor of Chemical and Biomolecular Engineering, is noted for his development of shear thickening fluids for novel energy-absorbing materials used in body armor, puncture-resistant gloves and other applications. Elected to the National Academy of Engineering in 2015, he leads an active research group focused on the rheology, or flow, of complex fluids, neutron scattering, colloid and polymer science, applied statistical mechanics, nanotechnology and particle technology.

Heck, who was the Willis F. Harrington Professor Emeritus of Chemistry until his death at the age of 84 in October 2015, received the Nobel Prize in Chemistry in 2010 “for palladium-catalyzed cross couplings in organic synthesis.”

His discovery in UD’s Brown Lab that palladium catalyzes the formation of bonds between carbon atoms—the Heck Reaction—revolutionized how chemists make molecules, enabling the production of new classes of pharmaceuticals for treating cancer, HIV, asthma, migraine headaches and other maladies. It revolutionized DNA sequencing, making possible the coupling of organic dyes to the DNA bases, which was essential for the Human Genome Project.

The Heck Reaction is now regarded as one of the most useful organic reactions ever discovered. Heck’s scientific achievements reverberate throughout our lives every day, from sunscreens to super-thin computer monitors. 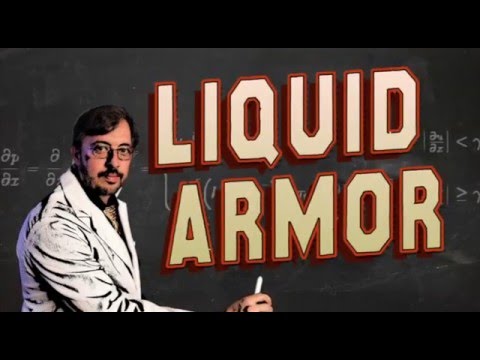 The “liquid armor” developed by UD Professor Norman J. Wagner III uses shear-thickening fluid to defend against many perils. See it in action in this quick clip that marks his induction as a fellow of the National Academy of Inventors.

Put your Energy IQ to the test, and let’s see if you are an energy guru or a fossil fool.

T. Joseph Scanlon, a respected journalism professor in Canada, had a long-time relationship with the University of Delaware’s Disaster Research Center, which is now the repository of his over 70,000-piece collection.

A humanoid robot joins the pediatric rehab team, a new UD study suggests online shopping may not be as “green” as we thought, a professor aims to improve student experiences in global health, and summer research all-stars take the field.

We value your opinion. To show you how much, we will award a $100 Barnes & Noble gift card to three people who complete our survey. To be entered in this random drawing, please complete the survey by Nov. 1, 2016.

In her award-winning book, historian Christine Heyrman explores how the first U.S. missionaries in the Middle East influenced a nation’s attitudes toward Islam.

What science writing can teach us

Journalist, author and UD’s Distinguished Writer in Residence Mark Bowden shares lessons he learned as a science writer and recent samples of his students’ work.

An upgraded transportation hub in Newark will bring new riders and serve as an anchor for UD’s 272-acre Science, Technology and Advanced Research (STAR) Campus.

With significant change all around us, Delaware’s leaders—including the University of Delaware—are working to turn adversity into new opportunity.