Douglas White, manager of research computing at the Ocean Information Center (OCEANIC) at UD’s Hugh R. Sharp campus in Lewes, Delaware, is lending his personal computers to help with the Folding at Home initiative.

As a Navy veteran who worked on a nuclear submarine, Douglas White is no stranger to living in isolation and using the tools at his disposal to help solve complex problems. When the coronavirus outbreak occurred and people around the world suddenly found themselves quarantining at home, White was well equipped to lend his support to help find a solution to the problem.

Thanks to his background and his role as manager of research computing at the Ocean Information Center (OCEANIC) at the University of Delaware Hugh R. Sharp campus in Lewes, Delaware, White was able to act quickly when he heard about the Folding at Home initiative, which unites scientists and community volunteers with computing power to understand how viral proteins work and how therapeutics can be designed to stop them.

Shortly after University staff began working remotely, White set up multiple computers at his home in Sussex County to join the Folding at Home effort to run simulations of COVID-19 protein movements and binding receptors to advance vaccine development.

Viral proteins are made up of a linear chain of chemicals called amino acids that spontaneously fold into compact, functional structures. How a protein’s components are arranged and move determines how that protein will function. Viruses use their proteins to suppress humans’ immune systems and reproduce themselves.

Folding at Home uses the power of personal computers to run simulations to understand a protein’s moving parts. Being able to see all of the moving parts of a protein allows researchers to identify sites within certain proteins that might be targets for drugs or other treatments.

The hope is that by using these computers throughout the world to simulate moving protein parts, a treatable site on a COVID-19 protein will reveal itself.

When the COVID-19 virus hit, White said that his old naval instincts kicked right into gear.

“Usually, in the Navy, we’re isolated and have to make do with what we’ve got. Right now, I’ve got some old computers and graphics cards at the house, and I wanted to spin those up and try to contribute as much as I can,” said White.

With a few other IT professionals at UD who are also using their own personal equipment, White formed Team UD on the Folding at Home site. The team has been ranked in the top 1% of more than 250,000 in recent weeks. White is folding under the name OCEANIC and has been personally ranked in the 0.5% of more than 2.6 million individuals who are folding at home.

Having run OCEANIC for several years, White has a background in prototyping and setting up information systems for oceanographic research projects. For this project, he saw they needed fast systems to help with the folding. He is using a few advanced graphics cards and augmented and virtual reality gear alongside old work stations that he’s had over the years or cobbled together from parts that have been thrown away.

White said that individual users install Folding at Home onto their personal computers and set it up to run however it suits their personal preference. They can have it work at light, medium or full speeds and can have it work in the background while they use their computer or have it run when the computer is idle. Work tasks are assigned by Folding at Home depending on a user’s system.

“If you’ve just got a central processing unit (CPU), they’ll give you a lighter load that you should be able to figure out in a couple of days. If you’ve got a faster graphics processing unit (GPU), then they’ll load you up and give you some work that would ordinarily take weeks,” said White. “With some of these fast graphics processors, just off the shelves, and with gaming processors, you can do orders of magnitude faster processing. You can help them with the workloads where they’re trying to work with bigger proteins.”

White is currently looking for resources to help get more computers up and running and said that he could use more RTX 2080 Super Graphics cards, which could be used after the project by UD researchers. 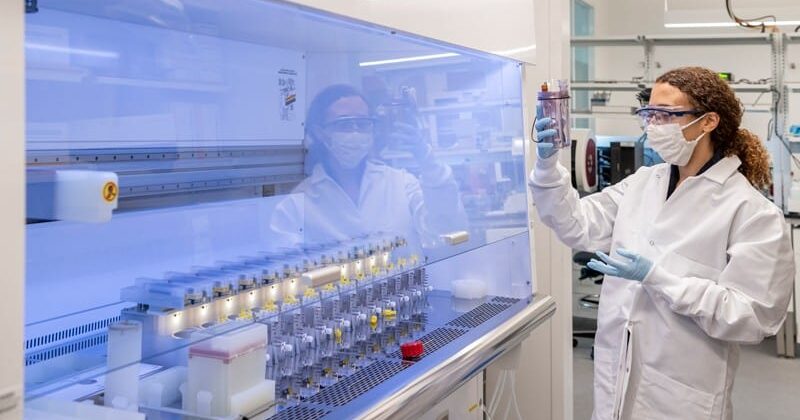