The reflection of reddish sunlight off the water in this image of the ice-free Canada Basin, taken on Aug 24, 2016, is an apt symbol of warming in the western Arctic Ocean.

New research by University of Delaware doctoral student Zhangxian Ouyang and oceanographer Wei-Jun Cai, and an international team of researchers, demonstrates that rapid warming and sea-ice loss have induced major changes in the western Arctic Ocean.

The research team’s findings — published Monday, June 15 in Nature Climate Change — show that the Arctic Ocean’s ability to remove carbon dioxide from the atmosphere can vary greatly depending on location.

Arctic Ocean sea-ice loss is a critical consequence of climate change. As sea ice continues to melt in the western Arctic Ocean, more fresh water is entering the upper portion of the water in the Canada Basin, which sits off the coast of Alaska and Canada, south of the Chukchi Shelf.

This summertime melt cycle is exacerbating seasonal changes and increasing the amount of carbon dioxide present in the water’s topmost layer, which comprises the upper 70 feet of the water column. This is reducing the basin’s capacity to remove carbon dioxide from the atmosphere.

Prevailing thought, based on data measurements from under the ice and in newly melted ocean margin areas in the 1990s and early 2000s, had suggested that when the ice melted it would allow the Arctic Ocean to draw large amounts of carbon dioxide out of the atmosphere, acting as a carbon sink and helping to mitigate greenhouse gases. However, this may not be the case in all places, particularly in the Canada Basin where summer ice retreat has advanced into the deep basin since 2007.

The research team’s latest findings are based on an analysis of over 20 years of global data sets collected between 1994-2017 by researchers across the United States, China, Japan and Canada. They provide a more accurate depiction of what is happening in this region and build on Cai’s previous work from 2010, which indicated that carbon dioxide levels at the sea surface increase rapidly and unexpectedly toward levels found in the atmosphere in newly ice-free Arctic Ocean basins.

For example, the research team’s work showed that as the ice breaks up and melts in the Canada Basin, this meltwater lays on top of the sea surface, creating a “blanket” of sorts that inhibits the ocean’s ability to absorb carbon dioxide from the atmosphere into the deep ocean and store it there. Cai’s team refers to this phenomenon as a “new normal” that is created by extreme seasonal warming and meltwater in the region. 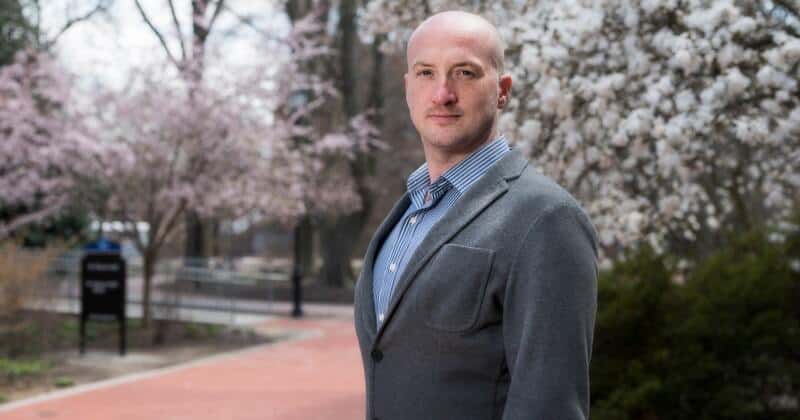