The gecko is a small lizard to some people, a star of TV commercials to others. However, to some biomedical engineers, the gecko is an intriguing animal worthy of study because of the stickiness of its feet.

When people consider the humble gecko (assuming people consider the gecko at all), it’s likely car insurance that comes to mind. But these colorful little lizards do more for humans than animate TV commercials. In recent years, the sticky toes of this reptile have inspired the creation of everything from next-generation Velcro to Super Man-style suits that aid U.S. military personnel in scaling walls.

Now, these sticky feet are also informing important research into the inner workings of human cartilage. This is significant, because cartilage has always been a mysterious substance, keeping scientists awake at night for nearly a century.

“There’s nothing else in the world like it,” said David Burris, associate professor of mechanical engineeringat the University of Delaware and principal investigator in UD’s Materials Tribology Laboratory. “It’s an extraordinary material. We’ve been studying it since the 1930s, and we still don’t know how it does what it does.”

But, thanks to the efforts of Burris and his team, we’re getting one step closer to solving the puzzle. Which means we’re one step closer to engineering a class of superior synthetic joints that are almost as good as the real thing.

Before one can understand how Burris’s research is helping, it’s important to know what cartilage is: a tough, flexible and fluid-filled tissue that cushions the area between bones and keeps them from grinding against one another. Reducing this friction is key to maintaining the joints and avoiding conditions like osteoarthritis, a disorder that limits the mobility of 60 million Americans. Without cartilage, “you’re not walking,” Burris said. “You’re in tremendous pain.”

The research community has long understood that lubricating the joints is key to cartilage’s friction-reducing function. But how, exactly, this material achieves lubrication has been a matter of great scientific interest and debate. One school of thought? Friction is low because of a thin layer of synovial fluid between cartilage surfaces in the joint – fluid that keeps these surfaces from touching.

But this doesn’t explain one of cartilage’s more head-scratching characteristics. It’s sticky. Like, really sticky. Yet, it’s able to slide in the joint, allowing for full range of motion.

“Unusual properties don’t develop in nature for no reason,” Burris said. “The chance that an exceptionally lubricious material like cartilage also developed unusual adhesion by coincidence looks negligible to me. It has to be a critical part of the lubrication story that no one has looked into.”

Using a grant from the National Science Foundation awarded in 2019, Burris and his team have been doing exactly that, looking into cartilage’s sticky factor by building their own devices to take relevant measurements. What they’ve discovered? Cartilage sticks to other surfaces to the same degree that a gecko foot sticks to other surfaces – and the gecko foot is the gold-standard of unusually high adhesion in nature. 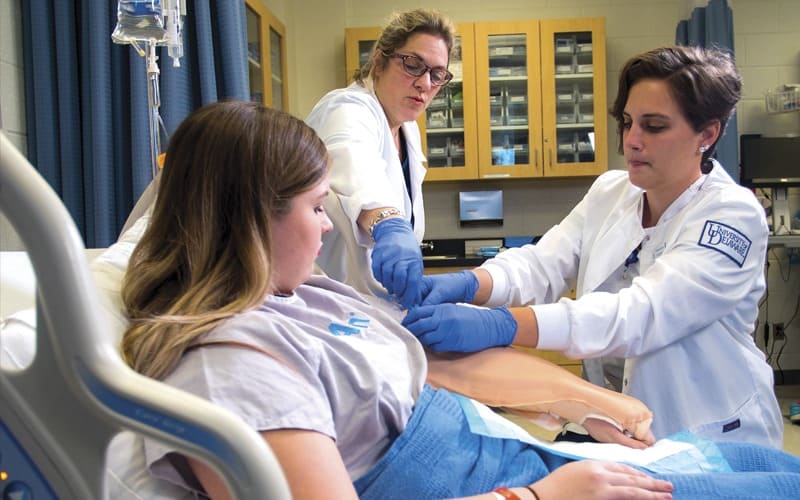