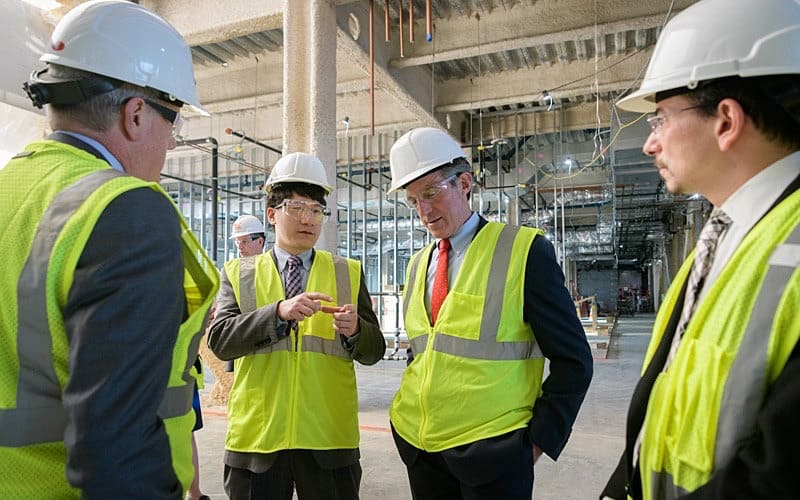 ABOVE: Kelvin Lee, director of the National Institute for Innovation in Manufacturing Biopharmaceuticals (NIIMBL) and Gore Professor of Chemical Engineering at UD, answers questions from Delaware Gov. John Carney during a tour of the Carol Ammon and Marie Pinizzotto M.D. Biopharmaceutical Innovation Center, under construction on UD’s STAR Campus. On the far left is Jeff Garland, vice president and University secretary, and on the far right is John Koh, director of the Delaware Biotechnology Institute. | Photos by Evan Krape

Part of UD’s STAR Campus, the facility will be a center for research on producing complex medication

Sporting white hard hats, bright safety vests and protective goggles, Delaware Gov. John Carney and a small group of officials visited the construction site of the University of Delaware’s Carol Ammon and Marie Pinizzotto M.D. Biopharmaceutical Innovation Center on Tuesday, Feb. 5. The tour offered a glimpse into the future of growth and innovation at the University.

“Part of my interest is in seeing where the state’s investments are going both in terms of the collaboration, which we match with NIH and NSF money, as well as our higher ed development fund,” Carney said, referring to the federal National Institutes of Health and National Science Foundation, along with the state’s Higher Education Economic Development Investment Fund. “I want to fund that again and add more money than I proposed last time. I think that opportunity might present itself this year, so I’m here seeing what it translates into.”

Construction on the biopharmaceutical innovation building began after a ceremonial groundbreaking in October 2017. Part of UD’s Science, Technology and Advanced Research (STAR) Campus, the six-story 200,000-square-foot project will bring together research by more than 150 universities, private companies and nonprofits from around the United States. It will also serve as the headquarters for the National Institute for Innovation in Manufacturing Biopharmaceuticals (NIIMBL).

Charles G. Riordan, vice president for research, scholarship and innovation at UD, kicked off the tour with an overview of the building plans. He emphasized the potential for the building to foster work that will impact the healthcare market in the United States and beyond.

“How do you innovate manufacturing of these large molecule drugs to help get them in the market and get them to patients?” Riordan asked rhetorically. “The University is very interested in leveraging all of that manufacturing innovation to continue to grow our basic discovery sciences in that space.”

Biopharmaceuticals are sometimes called biologics. According to the U.S. Food and Drug Administration, “Biologics can be composed of sugars, proteins or nucleic acids or complex combinations of these substances, or may be living entities such as cells and tissues.” Those complex combinations can produce larger molecules than found in chemically-synthesized medications. But the manufacturing of such medicine is more difficult and expensive, and NIIMBL was founded with the hope that collective research efforts could produce high-quality biologics at lower costs.

Biologics are used to create products such as some vaccines, cancer drugs and antibodies — all potential life-saving treatments — so the payoff to society can be great. The new building will bring some of that research to UD’s STAR Campus. 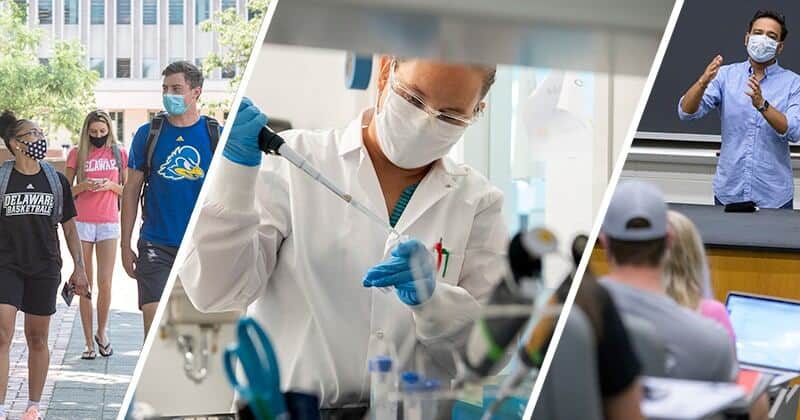 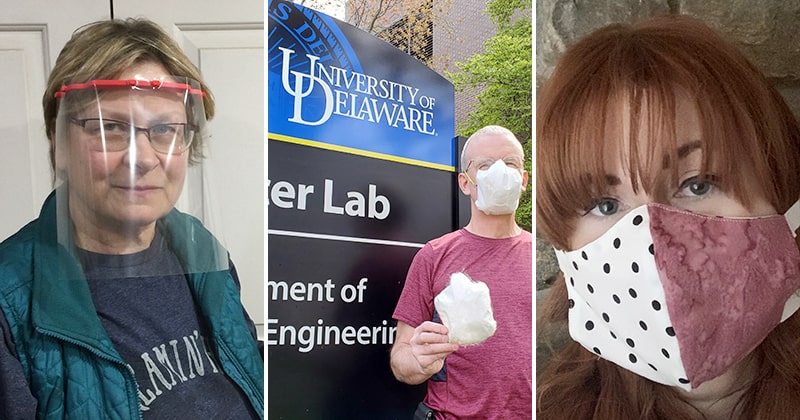 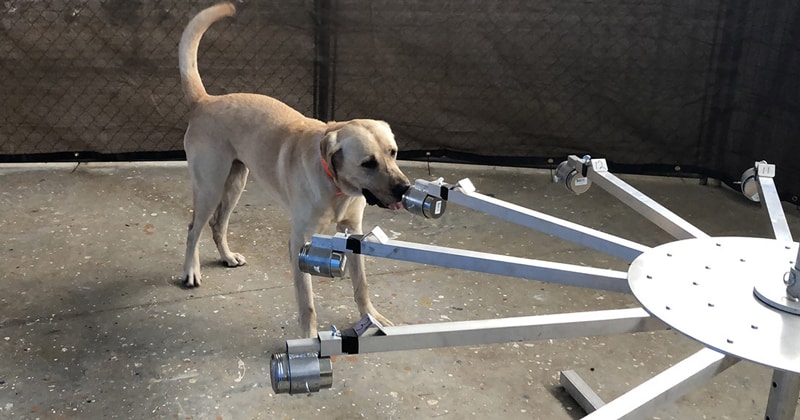