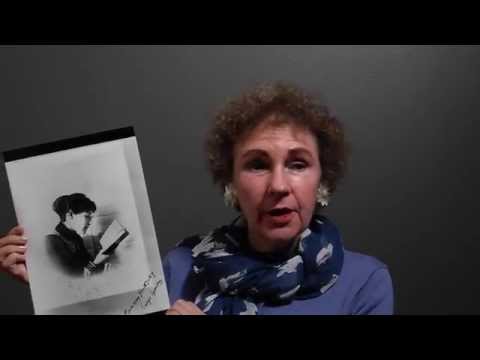 Senior Editor,
UD College of Arts and Sciences
A s a scholar with diverse interests from 19th-century British literature to military history and fashion studies, and who shares her work in a variety of academic and community forums, Margaret D. Stetz might be expected to have difficulty summarizing what she does.

But, in fact, it takes her only nine words: “I do research and use it to tell stories.”

Stetz, the Mae and Robert Carter Professor of Women’s Studies and professor of humanities, teaches in the University of Delaware’s Department of Women and Gender Studies. Her scholarly training, including a doctorate in English and American literature from Harvard, was primarily in narrative, and she says she learned early on the power of stories as educational tools.

Over the course of a career since 1982 that included faculty positions at the University of Virginia and Georgetown University before joining UD in 2002, the range of her research has expanded greatly, allowing her to reach a wide variety of audiences.

From a focus on 19th-century British literature, Stetz has moved into the worlds of print culture and publishing history, art history, military history and fashion studies, among other areas. The one constant throughout, she explains, has been her concern with gender.

“I always take to heart the feminist question that Cynthia Enloe raises, when approaching any subject: ‘Where are the women?’” she says.

Stetz’s scholarship has taken a number of different forms. Perhaps the most personally satisfying, she says, has been organizing and curating exhibitions at museums and libraries, often with her frequent collaborator, Mark Samuels Lasner, senior research fellow at the University Library.

“Exhibition work is another way of telling stories, while reaching the general public and using physical objects to do so,” she says. Writing labels with their own narratives that also fit the overarching narrative that structures the exhibition as a whole is what Stetz calls “an exciting challenge.”

While doing archival research for the most recent exhibition, about Oscar Wilde’s connections to Philadelphia, she and Samuels Lasner discovered three unpublished Wilde manuscripts. It was news that created tremendous excitement among scholars.

Stetz also uses more traditional forms to communicate her findings about gender in the past and present. She has published numerous books and more than 100 scholarly articles.

She insists that what she loves best is giving public lectures, in places as diverse as the annual Ibsen festival in Bergen, Norway; London’s Victoria and Albert Museum; and Wilmington’s own Delaware Art Museum.

When Stetz presents her research in accessible and interesting stories, it’s clear the world listens. In March 2015, she was named by the magazine Diverse: Issues in Higher Education as one of the 25 Top Women in Higher Education.

Margaret Stetz is inspired by determined women who express themselves and change the world, despite opposition. Charlotte Bronte didn’t dare to publish Jane Eyre under her own name, but was daring in her writing.