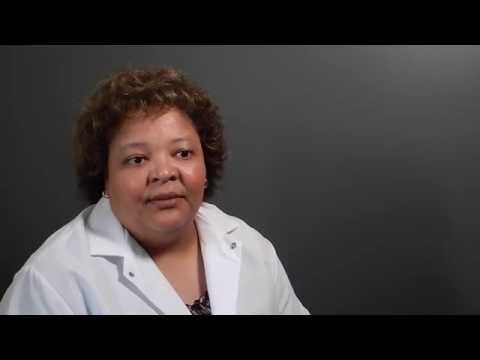 Rhonda Prisby had a plan for her master’s degree in exercise physiology. She expected to work in a cardiac rehabilitation clinic.

Then a professor mentioned something she hadn’t considered—her potential as a researcher. And Prisby’s life took a fascinating turn toward a Ph.D. and work that may produce great gains for people with vascular disorders or bone trouble.

Now an associate professor in the University’s Department of Kinesiology and Applied Physiology, Prisby studies blood vessels in bones and has produced preliminary data suggesting that aging and disease can close off the vascular system, with the blocked vessels becoming bone-like. It’s not the same as atherosclerosis, the narrowing of blood vessels caused by a build-up of plaque. Those blood vessels still look like blood vessels, she said. The vessels she is studying look like bone—hard, closed off, producing “microvascular dead space.”

That might be a fitting analogy to what happens when the road to research is blocked—not because of ability, but because of gender, race or both. It can suck the lifeblood out of any enterprise.

“It happens all the time,” she says.

She doesn’t dwell on it, but she knows bias can play out in subtle-but-significant ways.

“You might not be chosen for certain things, not asked to participate—and that prevents you from building your CV, closes you off from networking opportunities and opportunities to present your research. Those things can make a big difference.”

Prisby’s spark for research was ignited by Ellen Glickman, an environmental physiologist who invited her to work in her lab at Kent State University, where Prisby was working toward her (non-thesis) master’s degree. Prisby talked to another professor to see what he thought.

“That was a very discouraging conversation,” she says. “He was just pointing out limitations. ‘You don’t have what this student has.’ It wasn’t—you need to do this to get there. It was just—you don’t have it.”

Ah, but she does, Glickman said.

“She’s a bright, driven human being,” Glickman said. “She’s smart, really a great scientist.” Now in a position to encourage others.

After she led a recent seminar at another university, two African-American females approached her. They were there because they had seen a promotional item with her photo on it—someone like them, standing at the forefront.

“In any environment, there will be people that throw roadblocks in the way and people who will be encouraging,” she says. “These roadblocks only build us up for the next level. They make you stronger. You don’t recognize the lesson while you’re going through it, but after it’s over you can say, ‘This is what I’ve learned.’ And when you experience it in the future, you can say, ‘I know how to handle it now.’”

And go on with your research.

Rhonda Prisby points to Richard and Thelma Prisby—her parents—as the inspiration for her love of solving puzzles and pursuing answers and says a grad school professor ignited her interest in research as a way of life.